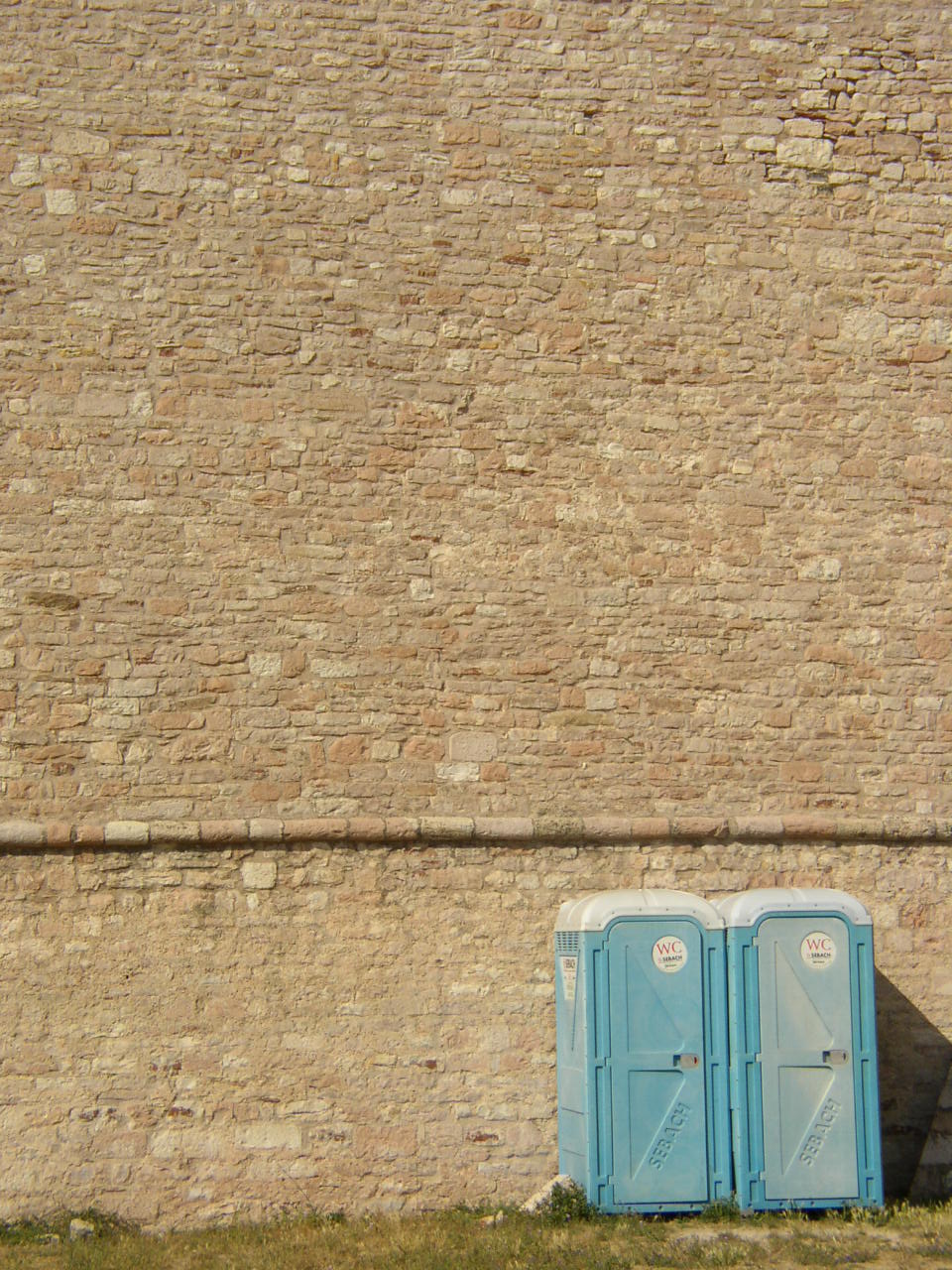 The Portaloo. My new best friend

So on Thursday of last week, after dragging myself out of bed at 5.30 in the am and chilling out with a nice few (four!) coffees to get myself ready for the day, I inadvertently found myself rushing like a lunatic to get everything ready and get my backside out of the door at 7.15.

Now of course, usually I’m alright at doing this and if I forget anything usually realise within moments of getting out of the door. Except on this particular Thursday, I was almost twenty minutes down the road when I realised that I had forgotten a few very important things.

First of all, the pills I take for my so called foot issues and then I realised with horror as I was nearing work that I had forgotten to put a new pot of test strips into my kit bag. I honestly wanted to slap myself across the face and yell obscenities at myself for doing so, but of course, wandering down the road in the middle of Southampton muttering to yourself isn’t exactly going to go down well is it? And I didn’t particularly fancy being carted off in a white van.

So instead I phone my other half and moan down the phone at him about how stupid I am and end up bursting into tears. It’s a scary thought, being at work without test strips or the pills that mean my feet will actually function without shooting pains. But I guess I had to deal with it. I was too far away to walk home as that would have meant being late for work, so I told myself I’d get on with it.

And I really wish I had gone home and gotten these supplies.

Up until lunch, things were relatively fine. I had enough test strips to see me through till lunch but of course, me being me I was wandering around this busy, hellish archaeological/building site having a right mooey all day. And in the end I got so fed up I went to the shop and brought myself the biggest chocolate bar I could find for my lunch. Except, lunch was my last test strip. And I was getting really concerned that I hadn’t taken this tablet too, searching frantically in my bag for anything resembling a strong painkiller. Thankfully I had something with me, and by lunchtime I needed it because I was seriously feeling the cold (thank you poor circulation) and nasty shooting pains in my feet matched up with numb toes (thank you transient peripheral neuropathy…not!).

And then, I think the hyper started. The thirst kicked in and I kept running backwards and forwards to the horrible plastic portaloo. Except I couldn’t test my blood because I had run out of test strips. Cue panic. And by this stage I had been sent to the office to do paperwork, so instead of sitting there doing ‘very important work’, I was pacing backwards and forwards trying to work out a solution to the tiny little problem in front of me.

It’s worth noting too, that this ‘neuropathy’ really sinks its teeth in when the bloods are high. And even if it looks amusing when I’m hopping around yelling obscenities, it’s really not.

Forgetting stuff. It’s something I do a lot. It’s assumed everything is always where it should be when I run out of the door, and when it’s not it feels as if that carefully built word of diabetes is slowly starting to crumble. And it’s even worse when you get out and realise that you should have changed your insulin, because now you’ve run out. But let’s be honest, I’m sure we’ve all done it and all felt like muppets when we realise. And spending the day hungry due to being forgetful isn’t very nice. I guess it happens though, we all do it.

It just makes you feel really stupid when things happen that could be avoided. And playing a guessing game with the blood sugars is just silly. I had no idea what I was running at and spent most of the afternoon feeling horrific, yet I could have been running low and have no idea about it. So one thing’s for sure, I certainly won’t be leaving the house without this stuff again in the near future. Yet saying that, what’s the betting that come next week, something else will be forgotten. Although saying that, I walked out of the house without my trowel this morning – my archaeology soul right there…and also my lunch. But that’s a different story for a different day!

Samantha is Type One and regularly blogs at http://www.talkingbloodglucose.com/

2 thoughts on “Forgetfulness gains me a (rather disgusting) new best friend!”