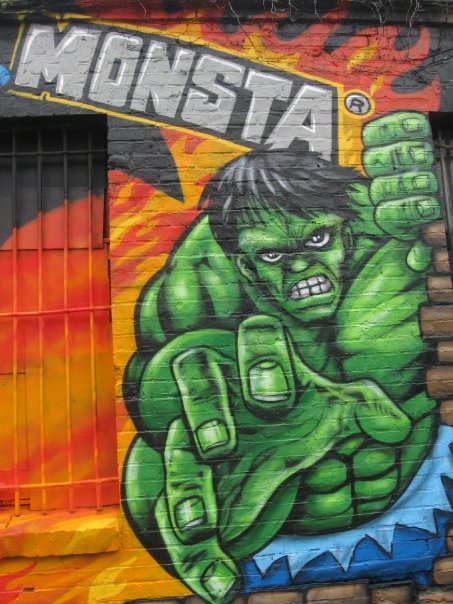 What I turn into when someone starts saying I'm unhygenic

Something that really bugs me is how rude people can be sometimes. It really annoys me, whether it’s someone being rude to you in the street by stepping on your feet and not saying sorry or if its someone giving you bad customer service. But what really gets on my goat is when people are rude about something they have no idea about, when they’re rude about the diabetes.

It’s happened before. I’m sure it’s happened to all of us. And in most cases it’s probably just ignorance. And after being slightly offended in those cases, I can usually get over it and move on. But sometimes there are those individuals who I am sure do it deliberately, who like to sit there and make you feel uncomfortable. And they obviously feel amazing knowing that they’ve made you feel really, really small.

Lunchtime rolls around, and I’m sat at the table surrounded by piles of permatrace whilst looking at the carbohydrate values on my shop-brought sandwich (no bread in the house…mouldy. Yum) before pulling out my insulin pen and dialling up the amount of insulin needed. A few chairs over from me, one of the builders coughs loudly. And when I ignore him he coughs even louder until he obviously gets so fed up of coughing that he bangs on the table.

“Can you not do that in here? It’s unhygienic!”

I can’t believe my ears. I’m looking at this guy and I notice the huge grin that’s plastered all over his face, as if he’s enjoying the disbelief that in turn has plastered itself all over my face. I’m sat there, my sandwich open in front of me, my insulin pen held at the ready but I can’t do anything because I just cannot believe what I’m hearing.

“Excuse me?” I manage to stutter the words, aware of everyone else in the room looking at me and this idiot.

The grin doesn’t move from his face, “It’s unhygienic. I don’t want to have to eat my dinner in the same room where you inject yourself with a dirty needle. I might get infected or something”

I begin to wonder where on earth this man has come from. Did he not go to school? Does he think I’m injecting some form of class A drugs? I glance at my colleagues who are also staring at this guy, who by the way was new to the site that morning, in complete shock and amazement.

“What do you want me to do then?” the words are spat; I’m starting to get really angry now. How can anyone think that a diabetic could infect them? I’m not infectious and I just changed the needle!

“Go into the toilets or something. Just get your dirty needles out of my face”

I flip. Surely it’s expected right? Any other diabetic in this situation would do the same. I just can’t help myself. I can’t sit there and let myself be practically called a drug user. I start shouting at the guy, ranting at him, asking him how he could be so bloody stupid. I tell him more than firmly that injecting in a portaloo is so unhygienic I would probably catch something and die (my words exactly, thank you angry rage), or would he rather I don’t inject and end up in a diabetic coma in the middle of the building site? And I am really flying off the handle, telling this guy he really needs to stop being so ignorant and learn that just because I’m injecting, it doesn’t mean I’m using class A’s or anything, and that I’m certainly not using dirty needles.

And in the end, this guy gets all uppity though knows I’m right and turns back to his disgustingly muddy lunch box. And me being my nasty horrible vengeful self decide to deliberately do my injection facing him, and watching him with the biggest grin on my face ever. It was rather rewarding to see this guy grimace into his cup of coffee.

Not that I’m psychotic or anything, but I’m sorry, if someone can really be that rude and ignorant then I will go out of my way to make sure they know how disgusted I am by their sheer presence. Take for instance the following morning. As we all know, this country now has the smoking ban, and public places, such as site huts on an archaeological/building site all have signs over them saying DO NOT SMOKE. This guy decided to ignore that. Until I walked in coughing my guts up.

“ISN’T IT AGAINST THE LAW TO SMOKE INSIDE NOW?” I yell across the site to my supervisor, “THOUGHT SO!” I turn to my friend the Muppet, “Didn’t you know that? Not only are you invading people’s personal bubble with your poisonous smoke, but it’s really unhygienic. I don’t want to eat my sandwiches in the same room as you breathing out arsenic thank you very much”

The look on his face was priceless. Normally I’m not one for vendettas, but this is personal. Luckily I haven’t had any more comments off him, but it really makes me wonder how ignorant people can be. How many more of us have had to put up with stuff like this? I really hope it’s few and far between because it gets me so angry, and I will personally come down and reign my vengeance on anyone who dares be like this to any other diabetic. I’m serious kids; drop me an email if it’s happened to you.

Not a psycho indeed. That is, until this happens. Then I start mutating and turning green……

Samantha is Type One and regularly blogs at http://www.talkingbloodglucose.com/

7 thoughts on “I swear I'm not a psycho really…”