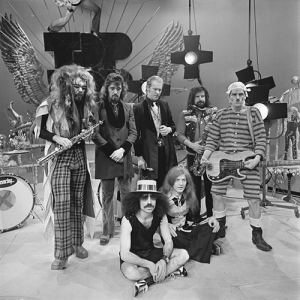 No, no that sort of Wizzard

Wizards and quidditch and death eaters abound in the UK this week as the latest Harry Potter hits our screens. If pushed, I will admit to having read all the books and I will be going to see the film, but I won’t be fighting off the hoards of teenage girls to see it this week. I think I can wait a while until the mayhem calms down a little.

Wizardry is an often overlooked tool in diabetes care. In fact, when I mused about pumps the other day, I completely omitted to mention the mystical marvels of the bolus wizard. Now is the time to correct such an omission (thanks to Roger for pointing it out).

The ultimate book of spells for young wizards acquiring their first pump is Pumping Insulin by John Walsh . It was here, before I’d even attended the Hogwarts Academy for Novice Pumpers that I first discovered the wonders of the bolus wizard.

Basically, once you’ve programmed it with a few ratios – worked out either through a spell provided in Pumping Insulin or with some help from your mystic master (otherwise know as a diabetes specialist nurse) – it’s up and running.

You simply tell the pump what your blood sugar is and how many carbs you’re planning to eat and it makes a recommendation about how much insulin you should take. It cleverly takes into account any other insulin it knows you’ve taken recently so you don’t dose twice for the same high.

Here comes my second admission of this post, not only do I quite like the Harry Potter books, I also rather arrogantly thought I had no need for a bolus wizard. I’d been flying high on the diabetes broomstick for many, many years. I could calculate how much insulin I needed for a bowl of pasta as quickly as Hermione can say “Expelliarmus!” . I didn’t need a machine to tell me how to reverse the impact of the “too much ice cream/not enough insulin” spell.

Listen carefully; you won’t hear this often…I was wrong. My bolus wizard is far more accurate than my previous finger-in-the-air type guessing. That’s not to say I treat it with the reverence of Dumbledore and never challenge its’ teachings. It doesn’t know I have a game of quidditch or a battle with some death eaters planned, so sometimes I’ll knock a bit off the recommendation to allow for that. Equally, if the CGMS tells me I’m rising faster than the Snitch in the final seconds of a game, I’ll add in extra insulin for that.

Overall though, it’s marvellous. And it feels like a real step towards an artificial pancreas. If we already have a machine with the ability to calculate insulin requirements based on glucose level, it isn’t a huge leap to automate that process.

The elves tell me that many people on pumps don’t use their bolus wizard. Perhaps, like me, they felt they were wise enough without it. I can hear the legendary words of Dumbledore now “use the wizard my friend, it will guide you on your journey”.